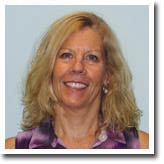 There is a great song from the 1960’s, when folk rock was born, and hippies were a thing.  The music spoke of the times and the song, “Turn! Turn! Turn!” written by Pete Seeger and sung by the band, “The Byrds” was a hit!   With the exception of the words, “turn, turn, turn” and the last line—”a time for peace, I swear it’s not too late,” the song is, word for word, from the Book of Ecclesiastes in The King James Bible. Pete Seeger added the last line to promote world peace.   If you look up the bible verse or lyrics to the song, you may find it sounds familiar—“To everything there is a season and a time to every purpose under heaven…”  I find that by adding your own line or two to the end of the song, you can use this bible verse/song for everything that life brings.  It’s a comfort for me when I am making a “turn, turn, turn” in life.

June used to be one of my favorite months growing up.  It meant school was almost out and summer was close.  I remember graduating in June and feeling nothing but elated and excited—mostly because I came close to not graduating.  Turns out gym is required.  But, that’s another story.   I thought everyone loved June. Then suddenly June brought other feelings. June became a bittersweet month for me, as it meant my friends also graduated and we were all going off in different directions—“A time to plant, a time to reap that which is planted.” As I got older, June meant college graduations, which were both thrilling and scary, because now everyone was truly going off in different directions.  June meant weddings, where celebration collides with leaving your family and starting a new one—”A time to mourn and a time to dance.”  June hit me like a rock in the stomach in 2017, when my youngest graduated college and moved to the west coast.  It took every ounce of my energy to not let him see how much I hated him leaving and going so far away.  I knew he needed to do what was in his heart, and I could not be the reason he didn’t follow his own dreams—“A time to keep silent and a time to speak.” Every June since then, I think of all the parents, siblings, and grandparents who may be feeling the way I felt as those “turns, turns, turns” whack us with a dose of reality, and we have no choice but to embrace and accept that life changes as we glide along.   “To everything there is a season and a purpose under heaven…”

Yes, June is bittersweet.  It’s a glorious month of green grass and colorful flowers.  It’s a month of celebrations and gatherings.  It’s a month of encouragement as we tell the young people to go find their dreams and their “purpose under heaven.”—”A time to weep and a time to laugh”.

June can be tough so July is my new favorite month and, like Pete Seeger, I am adding my own two lines to the Bible verse/song, and it goes like this:  “A time to breathe and a time to sing …don’t worry ’bout a thing cuz every little thing is gonna be alright.” Cue the Calypso band and Bob Marley’s song, “Three Little Birds.”   Works every time!

Congrats to all the grads, brides, grooms and world travelers out there!