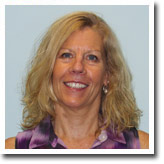 One of the most well-known donkeys in storytelling is good old Eeyore from the Winnie the Pooh series.  Eeyore is pessimistic and gloomy—he just cannot see the “bright side.” We all have our Eeyore days. Over the past few months of challenge and change, we may have found ourselves stuck in an Eeyore state of mind because, let’s face it—misery loves company and you can get a lot of people to join your band wagon if you talk negative. I once did an experiment with a youth group I led. I gave them bundles of newspapers and asked one group to cut out all the negative articles and put them in a box. The other group was asked to find positive articles and put them in a box. I do not have to tell you which box was full, and which was almost empty. At that time, stories of kittens, dogs and sports awards were about all those kids could find that was uplifting. It hasn’t changed much since then. Try it!

I have another story about a different donkey that I think I relate to a bit better than Eeyore. It’s a story based on a fable, “The Donkey in the Well.” The story goes like this: one day a donkey fell down a farmer’s well. The poor donkey cried and cried as there was no way out. The farmer looked at the situation and saw that it was futile and decided to fill the well with dirt. He gathered his neighbors and they took their shovels and threw dirt into the well landing on the poor donkey’s back. Naturally, the donkey was scared and sad. But did he give in like Eeyore would? No, he did not. He realized that if he shook the dirt off his back, he could step on it and, little by little, the dirt beneath him gave him the steps to get to the top—hop out of that well and go on!

Isn’t that a better story than Eeyore?  If you were a donkey would you be an Eeyore or the donkey in the well? (I pause here as I just realized, after 50 plus years of reading Winnie the Pooh, that Eeyore’s name comes from the sound a donkey makes—”eeee-aaawww.”  Never too late to learn!)

I’d like to suggest that if you find yourself feeling a bit Eeyorish that you think more like the donkey in the well and look for ways to shake off the dirt and use what you can as a stepping stone to something more positive. Science proves that re-wiring your brain to think positively creates more positivity and so on. If you think negatively, then those thoughts also multiply. I have people that fight me when I find a positive spin on something. They prefer the gloom; the doom. I am currently working on myself to release my compulsion to prove to those people that there is a bright side. The bright side is something you have to look for and find on your own. It takes focus and work, but I promise you that once you re-wire your brain to think more in lightness than darkness, it becomes very easy. And, if you have friends there to support you, then you are far richer than any King that ever lived.

Let’s be clear that there are some things that warrant the sadness and the grieving. And I am not saying to go forth and be ignorantly blissful or daydream your way out of a reality. What I am saying is that if there is a choice to be made, then perhaps the donkey in the well has a little more chance of happiness then Eeyore, who just cannot get out of his own way even with the help of his friends.

The donkey in the well did it alone! Imagine if he had friends helping! It’s all in how you look at it, folks. New saying—when making a choice – what kind of donkey am I?”