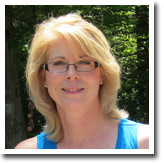 By Ginger Comeau, Director of Enrichment and Community Services

Once upon a time a girl named Dorothy Gale wished more than anything to fly over the rainbow in hopes of finding a place far from home where there weren’t any troubles.  She was sure it would be a magical place full of happiness and wonder, a place where her dreams could come true. On Friday, February 26, a crowd of more than 300 people were carried over that rainbow as New England Village presented a musical adaptation of The Wizard of Oz.

The beginnings of this production actually started months ago, way back in October when auditions were held.  There was excitement in the air as word got out we were looking to perform the most beloved film of all time – a film many of us are connected to through childhood memories or because the characters are so relatable.  It is ageless, timeless and enjoyed by young and old alike.  It was chosen purposefully as a means to connect to the community.  At the time, I was only thinking of attracting potential actors, not realizing what was yet to come.

An energy much like a cyclone started sweeping through New England Village in January.  Those involved in the play were talking to their friends, housemates and family about the show, many making plans to save the date in February to make sure they wouldn’t miss out on this event.  The art department started creating props and scenery during day and evening program hours, involving members in the Day Habilitation program, CBDS program, and residents of New England Village all in an effort to work collaboratively to support this endeavor.  Contact was made with the Pembroke Community Middle School in hopes of having our friends in the NITS program (Nerds In Training for those of you not in the loop!) assist with our technical needs as they have done in years past.  Costumes were being pulled together and things were becoming very real.

When the flyer announcing the show went out at the beginning of February, there was no turning back.  It was posted on social media multiple times and on multiple pages.  And this is when I realized we weren’t in Kansas anymore… It started with a local business promoting our show on their marquee sign in front of their business (thank you Real Estate Rocks!).  Then a local business owner offered to have us look in her store for any props we might need (thank you Salvage Chic!).  A visit to town hall to pick up a dog license resulted in delivering personal invitations to several women who worked there encouraging them to plan a girls’ night out and attend the show (which they did!).  The Pembroke Fire Department offered to make themselves available during dress rehearsals and the performance to allow us to use a fog machine so the Wicked Witch of the West could make her grand entrance. We reached out to Pembroke Titans Against Drugs, a local organization established to prevent substance abuse in the community while supporting families impacted by it, and offered to donate the collected admission fees to help further their cause.  They were thrilled and used their social media page to promote our event. And quicker than a flying monkey, The Wizard of Oz was the hottest ticket in town!

To say the show was amazing would be an understatement.  The performances given by the actors were Oscar worthy.  The audience of more than 300 was quickly caught up in the individuality each person brought to their role and it was easy to see how hard everyone had been working these past few months.  But what was most evident was that this was a night to focus on the ABILITIES of the cast, and they didn’t disappoint.  From memorizing lines, songs and choreography, and even adding a little comedic relief, this was our most challenging production to date. These actors neither shied away from or ran from it – rather, they welcomed it and embraced it as it gave them an opportunity to share a talent some may not have known they had or thought they were capable of doing.  On this night, they gave the performance of a lifetime that would affect each of our audience members in a different way, and they undeniably created a shift in thinking of how people with intellectual and developmental disabilities are perceived.

Immediately following the performance, there was this euphoria of having witnessed something so special that no one had quite the right words to capture it all.  Pardon the weather pun, but we had all been “blown away” by the experience.  Many people approached our talented director, Eric Henderson, wanting to know how they could be involved in the next show, either as volunteers or as actors.  Social media was buzzing with comments like inspirational, amazing and best show ever!  We were even asked to bring our show on the road (what?).  People in the community were talking about this show and commenting on their favorite actors.  For a few days, we were the talk of the town!

As proud as I was of the actors, I was just as proud of this community for coming together and contributing to the success of the show.  There were many small pieces that when brought together represented something much bigger.  It is a formula that should happen more often and hopefully, on the heels of this experience, will become more widely accepted.

Community theatre is understood to contribute to the social capital of a community, insofar as it develops the skills, community spirit and artistic sensibilities of those who participate (Wikipedia).  The following quote from Director Eric Henderson makes me think we accomplished just that:

“An event like Friday night brought the community together physically  but it was more than just that. On a personal level I learned a lot about acceptance, appreciation and accomplishment.  As the director of any play, you’re never 100% satisfied with the finished product ,however, experiencing the show from backstage and seeing and knowing the time and effort that everyone had put into this production, along with the audience and actors reactions during the play, made me realize what a tremendous accomplishment it truly was.  And for that night and a day or two after, the world was a fully positive place to live in.  I’m not waxing poetic here. I experienced it. It began that night. I could see it in everyone’s eyes and smiles. I could hear it in the kind words we spoke to one another. And even now it makes me feel like I in part can make a difference. The work that we do has tremendous power and purpose.  I should have known that this circle of positivity would only grow.  It was there at the first night of rehearsal where I was greeted with the same warmth and felt the same buzz of energy in the room as I did on performance night.  In the end we are all creative, imaginative beings. An event like the one last Friday night reminded us of the affect this can have on the community and it provides people with an opportunity to continue in their own lives with the power of positivity.”