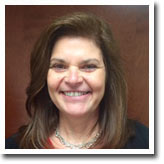 A blog post by PR and Marketing Coordinator, Mary Stanley

While it is always inspiring  to see people participate in the annual Art is for Everyone event, this year it was especially moving and exciting to see people of all ages, abilities, and talent levels work together to create a piece that is both beautiful and a true reflection of the community.

Three years ago, New England Village joined forces with Cardinal Cushing Centers, Friendship Home, and South Shore YMCA to host a fun, art-focused event called Art is for Everyone. The mission of this event is to provide an opportunity to members of the community—those with and without disabilities—to  create pieces of art.

In past years, these events were held at the site of one of the partnering agencies. This year, however, the four agencies decided to try something a bit different—to change the venue of the event and hold it at the Hanover Day celebration, hoping to cast a broader net and share the art projects with even more people from the community. Hanover’s Cultural Council, which organizes this part of Hanover Day, couldn’t have been more welcoming.

In as much as the Art is for Everyone event is a collaborative effort among the four agencies, in the past, the art projects themselves were very much independent of one another, with each agency offering a separate project that people could work on, either collectively or individually.  In fact, New England Village was the only one of the four agencies to offer an integrated project—a single project that all members of the community could contribute to. Inspired by this concept of a community-wide, integrated project, the four agencies decided that this year’s Art is for Everyone project should be an inclusive piece made by the community at large. The planning committee, which included NEV’s Meg Bean, also decided that the completed artwork would be donated to the town of Hanover.  The results  were nothing less than inspiring.

The theme of the project was marine related with an anchor (the emblem for the town of Hanover) serving as the central design element. People from the community had the option of contributing to the artwork by gluing brightly colored bottle caps and buttons onto the anchor or drawing, sketching or designing ocean related graphics in the empty spaces surrounding the anchor.

With a large number of people, young and old, those with and without disabilities, including a number of people served by New England Village, stopping at the table to lend their talents to this piece, Art Director Melanie Rose-Zagwyn says she is inspired by what she saw that day. “At one point, it became an ‘each one teaches one,’ where one person was explaining to another person the concept of the project. It was so comforting to see people who didn’t even know one another working together and helping one another,” she says.

She says she is in awe of the respect and appreciation that people showed for one another’s artwork. “It was wonderful to see people come over to the table and be inspired to add something on to somebody else’s  artwork or create something related to the other graphics already sketched out,” says Melanie.

“If the mission of Art is for Everyone is to create a community-wide project, then we certainly achieved that goal,” Melanie says. “And I’m so glad that the four agencies decided to donate this piece to the town of Hanover; it embraces the behavior of giving back and perpetuates the concept of inclusiveness.”